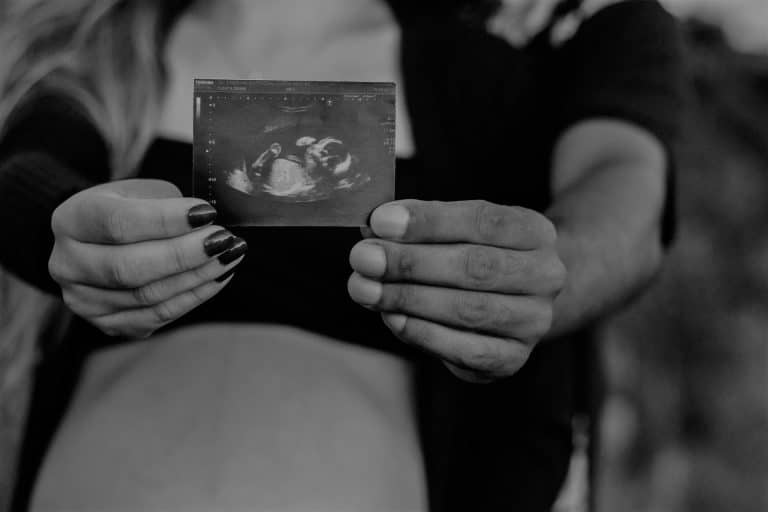 Two Fathers Choose to Protect the Lives of Their Unborn Children

While standing at the exit driveway, one of the sidewalk counselors handed our brochure to an abortion-bound dad exiting, and said, “A baby is a gift, look at this.  There is free help right next door; they’re great!”  She added as he was driving out, “Thank you for talking with me, you are a gift from God, live like it.”  In the meantime, the abortion-bound mom came out a couple times, and the counselor offered help, hope and another way to her as well, but she acted like she did not hear her, and went back inside each time.  About 45 minutes later, they both pulled back out and the man said, “I did it!  She’s going to keep the baby, we are leaving!”  They talked more, and as they were leaving the counselor said, “Congratulations!  Thank you for letting me know!”  We never know when someone is touched by the things we say to them.  This father had left the abortuary, but came back and really fought for his child, encouraging his woman to leave that dark place of death!  This child is alive right now because somebody cared enough to be outside as a vessel of the Lord crying out in the wilderness for that child’s life!  Praise the Lord!

While an abortion-bound father was waiting in the abortuary parking lot, one of the counselors called out these words to him, “‘This baby is a gift.  It takes 3 to conceive.  Abortion tells God He’s made a mistake—HE doesn’t!”  He asked, “What did you say?”  The counselor then repeated what she had said to him and handed him our brochure.  Then the counselor said, “Let the baby be adopted by someone who can’t conceive,” to which he replied, “Is there a #4 adoption?”  She showed him the back of the brochure which gives information for local help, and encouraged him to get her out, and take her to the pregnancy center next door.  They talked some more, shook hands and he went to go sit in his car.  In the meantime, the abortion-bound mom kept coming out, and then going back in, with each time sidewalk counselors reaching out to her, but never getting a response back from her.  Finally, she came back out the last time, they talked, and as they were leaving they stopped to tell the counselor that they were leaving!  She asked them, “You’re choosing to keep your baby?”  Both of them nodded their heads yes, with very happy and relieved faces.  They said “Thank you,” and the counselor thanked them for telling her that they had made this tremendous decision to protect their child.  Hallelujah!

****In each one of these stories, it was the sidewalk counselor speaking with the dad, encouraging him to save his child and the fathers ultimately doing just that!  We must always try to reach the men, just as much as the women.