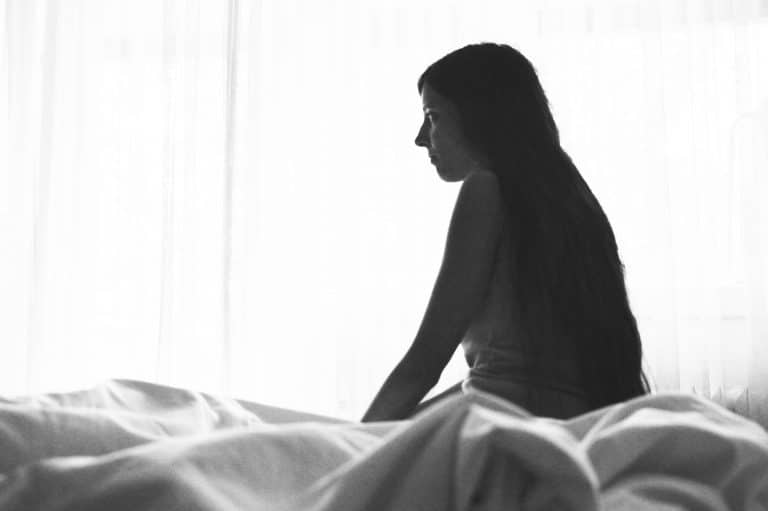 This is not the “morning-after pill.” That so-called “birth-control” method can often cause an early abortion, but it is taken within days of sexual intercourse, before the woman knows whether she is pregnant or not. In contrast, the “abortion pill” is used to kill an unborn baby after pregnancy has been confirmed.

Women take the RU-486 drug (mifepristone/Mifeprex) while at the abortion center and are given the second drug (misoprostol/ Cytotec) to be taken 24 – 48 hours later at home. The first drug is meant to kill the baby (essentially by depriving him or her of nutrients and oxygen by blocking progesterone and destroying the lining of the uterus). The second drug causes contractions and bleeding to expel the baby. However, sometimes the baby survives the first drug, and in that case, if the woman refuses to take the second drug, there is a good chance she will have a full-term pregnancy and a healthy baby, especially if she takes supplemental progesterone.

IF YOU SPEAK WITH A WOMAN WHO HAS ALREADY TAKEN THE FIRST DRUG, HAVE HER CALL (877) 558-0333 RIGHT AWAY. THIS IS THE 24-HOUR NURSE HOT-LINE ASSOCIATED WITH WWW.ABORTIONPILLREVERSAL.COM.

(This contact information is included in our “We’re Here for You” brochure and on our list of pregnancy help resources. It is also included on the list of post-abortion healing resources we give to women leaving the abortion center in case they have just taken the first pill, but haven’t told us that and we assume they’ve had a surgical abortion.) The nurse at this number works with a network of pro-life doctors around the country who will use progesterone to reverse the effects of mifepristone in an attempt to save the baby. Doctors say it’s vital to start the reversal treatment as soon as possible. This progesterone treatment has been successful in about 60% of the cases Abortion Pill Reversal has been involved in, resulting in hundreds of normal deliveries and healthy babies. Some babies have even survived BOTH mifepristone and misoprostol.

The abortion centers warn the woman that this type of abortion can cause birth defects, so they pressure her to undergo a surgical abortion if the abortion pill “fails.” However, it is important to note that it is the SECOND drug (misoprostol/Cytotec), not the FIRST (RU-486/mifepristone/Mifeprex), that carries the risk of birth defects. So if the woman refuses to take the second drug, her baby should still be healthy if he or she wasn’t killed by the first drug. (Of course, we believe that a baby with disabilities deserves protection too, and so even if both drugs were taken and failed to kill the baby, we should try to persuade the woman to trust God, accept our help, and not have a “back-up” surgical abortion!)

Pro-Life Action Ministries has published several brochures to assist you in persuading a woman to reverse (or preferably, not even to begin!) the abortion pill process. Our brochure, “The Abortion Pill,” describes the serious risks to the mother of this type of abortion and includes the fact that at least 29 women have died from this abortion method. “Survivor” is the testimony of a woman who changed her mind after taking the first drug. In her case, she gave birth in 2004 to a healthy baby girl, Kameryn, even without the use of supplemental progesterone. A photo of Kameryn and a brief paragraph about the abortion pill are included in our general sidewalk counseling brochure, “We’re Here for You.” (To order these brochures, view the Price List  or call 651-771-1500.)

It’s a good idea to mention the possibility of reversing the abortion pill to every woman who’s leaving if you don’t know for sure that she had a surgical abortion. Offer every woman the post-abortion information as usual, but then you could add, “If you’ve taken the abortion pill, don’t take the second drug! You might still be able to save your baby, and your baby could be born healthy, no matter what they told you inside. We have brochures for you and pro-life doctors who can help you right now. Please click the Abortion Pill Reversal button below or call 877-558-0333.” We also have signs which feature AbortionPillReversal.com.