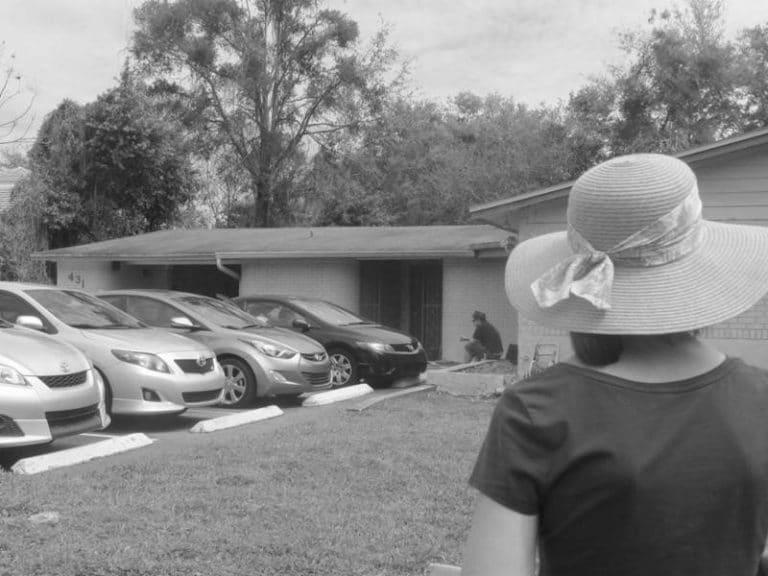 Overcoming Discouragement on the Sidewalk

I have been sidewalk counseling for nearly 40 years. Do I sometimes get tired and discouraged? Yes. Do I ever feel it was a mistake to go out on a particular day? No!  And I thank God that He has given me the grace to persevere all these years.  The following ideas on overcoming the discouragement that sometimes occurs in this vital ministry have helped me and so I share them with you.

As a sidewalk counselor, you are in the midst of an intense spiritual battle between good and evil, be-tween truth and falsehood, between life and death. Remaining in prayer while you are sidewalk counseling will give you strength and hope and will also help you to remain calm and in control, no matter what happens during your time outside the abortion center.  If it happens to be a particularly discouraging day or we haven’t seen a baby saved in a while, I will sometimes ask God specifically to please bless us with something good.  Sometimes the answer can be very simple.  Even a supportive passerby or the sun coming out on a gloomy day can lift my spirit.

This is an especially helpful tactic on those cold, dark winter mornings as I’m preparing to go out!  You are among the relatively few who have actually had the very rewarding experience of helping to save a human life.  You know that as one person, you can’t change the whole world, but you can change the world for (at least) two people!  Even if you are aware of being instrumental in saving “only” one life in all your years of sidewalk counseling, that one life is of infinite value, made in the image and likeness of God.

Realize that more babies are being saved than you see

I believe God allows us to see a glimpse of what He sees to encourage us to keep going out, but only He knows the total number of lives saved through our sidewalk counseling. Sometimes we hear many years later of a life saved because of our presence, our words or our literature. We didn’t know at the time because the woman exited without telling us, we were already gone when she left or she drove by the abortion mill without ever going in in the first place.

Encourage and support one another

Don’t be too hard on yourself

If you’re like me, you will sometimes say stupid or uncharitable things or miss an opportunity to do good.  In those situations, ask God to forgive you, pray in particular for that woman and baby, asking God to “fill in the gaps” to cover for your inadequacies, and ask Him to help you do better in the future.

Karen Nickels, who has sidewalk counseled for 22 years and currently goes out to the Planned Parent-hood in Aurora, Ill., offers this suggestion in that regard:  “Besides praying for the woman whom I think I maybe could have done better for, I resolve to learn from my mistake so that I can be more effective in reaching other women.  I have a notebook in which I keep notes from sidewalk counseling workshops I’ve attended and counseling videos I’ve watched.  In this notebook, there is also a section entitled, ‘Things I’ve Learned from Experience’ (subtitled, ‘Dumb Things I’ve Done that I Never Want to Do Again’).  After I’ve made what I consider a mistake, I write down in my notebook what I should do better the next time I’m in that situation.  By re-reading what I can do to improve, I do learn from past mistakes although sometimes I make the same mistake again and then I underline or put stars next to my previous note for extra emphasis.  I also try to remember that the outcome of the original situation might still have been the same even if I had acted differently.  And besides, God can still work when we are less than perfect as sidewalk counselors. The fact that we are there in loving obedience to God’s call is what counts.”

Know that you are doing good

There may be many days that none of the abortion clients change their minds.  However, this does NOT mean that you wasted your time in going out.  Even if the mother rejects your help and the child is killed, your presence is a powerful witness to the child’s humanity.  No one should die alone and unloved.

The late Francis Cardinal George, former Arch-bishop of Chicago, once said that participating in prayer outside an abortion center “is a normal pastoral response.  The Church always accompanies the dying with prayer.  People die in an abortion clinic and it is also good to pray for the living they leave behind.”

Perhaps your presence will motivate the woman (or her companions) to repent after the abortion.  Several years ago, a pastor told me (with permission)  that a woman in her post-abortion healing group remembered the sidewalk counselor who, 14 years earlier, had tried to offer her literature and help her.  (From her description, I was probably that sidewalk counselor.)  In the post-abortion group, she then broke down crying,  and said, “God sent that woman to help me and I didn’t listen.  I wish I would have listened to her, she was trying to save my baby.  I wish I would have listened.”

This woman very much wanted me to know of her gratitude even though she went through with the abortion.  The pastor said my presence outside the abortion center was proof to this hurting woman that God had been there, trying to help her even at that last moment through our sidewalk counseling efforts.

Perhaps a woman will remember the help you offered and decide not to abort a future pregnancy. (This has happened.)  Perhaps a passerby who took your literature will seek post-abortion healing or will pass along your brochures and save a life.  Perhaps a person driving by will be motivated to get involved in the pro-life movement.

Perhaps your presence will inspire an abortion worker or escort to leave.  Abby Johnson, a former Planned Parenthood clinic director, wrote in her book, The Walls are Talking:  “The prayers of the people outside were a big factor in my ultimately leaving the abortion industry.  If the prayer volunteers hadn’t shown up each and every day, I wonder if I would have been able to suppress or somehow justify the truth of what I was doing when it was finally revealed to me.  Without their presence, could I have pushed that knowledge away and continued on with what seemed like the easier option?  Without their prayers, would I have stayed at my high-paying job where I was on track to be the next chief operating officer?  Without people standing outside the fence praying, just praying, I don’t know if I could have left.”

Perhaps none of these things will happen on a particular day. But you will have been obedient to God and that is a very good thing. Proverbs 24:11-12 states: “Rescue those who are being dragged to death, and from those tottering to execution withdraw not. If you say, ‘I know not this man!’ does not He who tests hearts perceive it? He who guards your life knows it, and He will repay each one according to his deeds.”   Leviticus 19:16 adds:  “(N)or shall you stand by idly when your neighbor’s life is at stake.”

I believe that Jesus would have spent time sidewalk counseling if abortion mills had existed in Galilee when He walked the earth. I also think He would have been quite successful in saving lives.  But, because of free will, some abortion clients would have rejected even Him.  Despite the many rejections we receive from clients, abortion workers and passersby, we are called to be His faithful presence outside the abortion centers in today’s world.  May God continue to give you the grace and strength to persevere.

Note — This is an updated version of an article that originally appeared in the March 2009 issue of Sidewalk Counseling News.